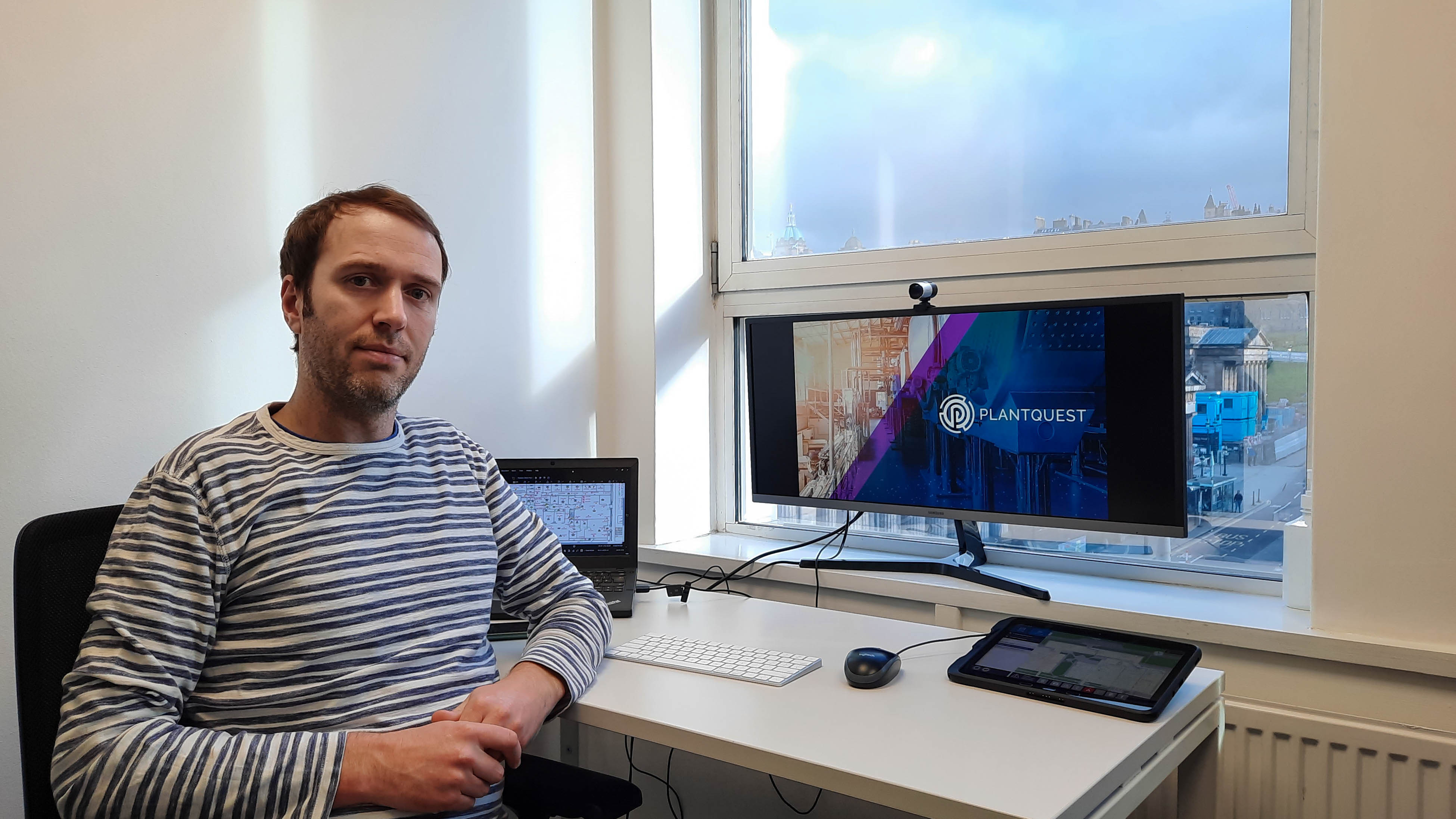 PlantQuest's CEO Ger, featured in Start Up of the Month by Silicone Republic

We were pleased to be chosen to feature in Silicone Republic's Start up of the Month.  Their editor Elaine Burke interviewed our CEO, Ger Carton about PlantQuest's expansion, challenges and goals for 2022!

PlantQuest: Google Maps for factories finds its way from Waterford

“Think of a secure Google Maps for the world’s biggest pharma companies.” That’s how CEO Ger Carton sums up PlantQuest, the company he founded with Tom Daly in 2018.

To fully explain, PlantQuest helps to create a digital representation of a facility, to which staff can contribute. This can be used, like Google Maps, for navigation and to locate specific assets. It also has uses across the area of environment, health and safety (EHS), such as fire safety, isolation routines and hazardous area inspections.

In what has been a “transformative” year for the company, according to Carton, the Waterford start-up has successfully onboarded one of the world’s largest pharma companies and its pipeline is full moving into 2022.

It’s a significant milestone considering Carton said customer acquisition has been the biggest challenge he has faced to date. “Given that our customers are some of the world’s biggest companies, it is a long and complex sales cycle,” he explained. “The depth of this complexity is something we had significantly underestimated, but thankfully we have now adapted to this challenge and our sale process accounts for this.”

Part of this recent success is no doubt driven by a pivotal decision to shift focus to pharma. But this isn’t where the idea for PlantQuest germinated, nor is the company limiting its scope to just one industry.

Carton’s background is in process instrumentation, which brought him to work with Intel, Boston Scientific and Takeda. He then left Ireland for work in the oil and gas industry, which brought him around the world to the UK, Norway, Australia and South Korea. It was while working abroad – in Shetland – that he met his co-founder Daly, then a commissioning engineer at Petrofac.

With an economics degree under his belt, Carton couldn’t help but take stock of the wastefulness of systems and processes around him. Or, in some cases, the lack of such foundations entirely. “It was at this time that the seed for PlantQuest was born,” he said.

Carton took up consultant work part-time on pharma projects in Ireland and Europe while working on this start-up idea with Daly.

“Tom has always worked in the engineering space and has a passion for physics. He is the technical side of the business,” said Carton. “Similar to me, he has a passion for the problem we are trying to solve, having first-hand experience of it.”

Thankfully, Daly also has a good grounding in trigonometry, which greatly underpins PlantQuest.

Its navigation functionality is signal-free, meaning no networks, GPS or industrial telemetry is required. “Our goal was always to deliver a solution that required as little capex and opex as possible. So from day one we were intent on delivering a solution that had significant offline capabilities,” said Carton.

“From a software perspective, we have adopted a standard micro-service approach that allows us to move fast in terms of releases,” he added.

While this system can feasibly work anywhere, Carton and Daly started out thinking their product would be a perfect fit for the oil and gas industry that inspired it.

However, “We soon found that pharma companies are much more receptive to innovation than their O&G peers,” said Carton.

And so, they responded. “Some of our core tech is built around some bespoke software and algorithms that we have designed specifically for use in the pharmaceutical sector.”

The ultimate goal for Carton is to build an impactful product and enjoy doing it. “The pandemic has reinforced the idea that our time is precious, and any time spent must be accounted for,” he said.

On the schedule for now is an upcoming visit to Finland for a major start-up conference. “We are starting to get out into the world, with our first stop being Slush 2021 in Helsinki in early December,” said Carton.

“Before the pandemic I was heavily involved in the start-up scene: Founders Friday, Seedcorn, New Frontiers etc. But the combination of events moving format due to Covid-19 and the fact we have had a busy year from a sales perspective has meant that we haven’t had as many opportunities to engage.”

PlantQuest closed out 2020 with €650,000 in a funding round supported by Enterprise Ireland. As 2021 nears its end, the next step is to find the talent to deliver on next year’s projects. “We plan on growing our tech team before the end of the year with a particular focus on Node.js and IoT,” said Carton.

And with the world of networking opening back up and a healthy pipeline to bring PlantQuest into 2022, Carton expects it to be the end of next year by the time the team begins to look into raising funds again.

You can read the original interview by clicking here